2020 – For both September and October our ladies decided it would be more appropriate to sit outside and enjoy the beautiful fall weather as well as each other’s company!  The city park by the library and across from the Old Court House was so lovely!  Our topics were interesting, too:  “13 Ways to Kill Your Community” and how we supported our local communities over the summer for September, and “Disorganization!” along with ideas on how not to fall into that…and for November we will be discussing “Accountability”. 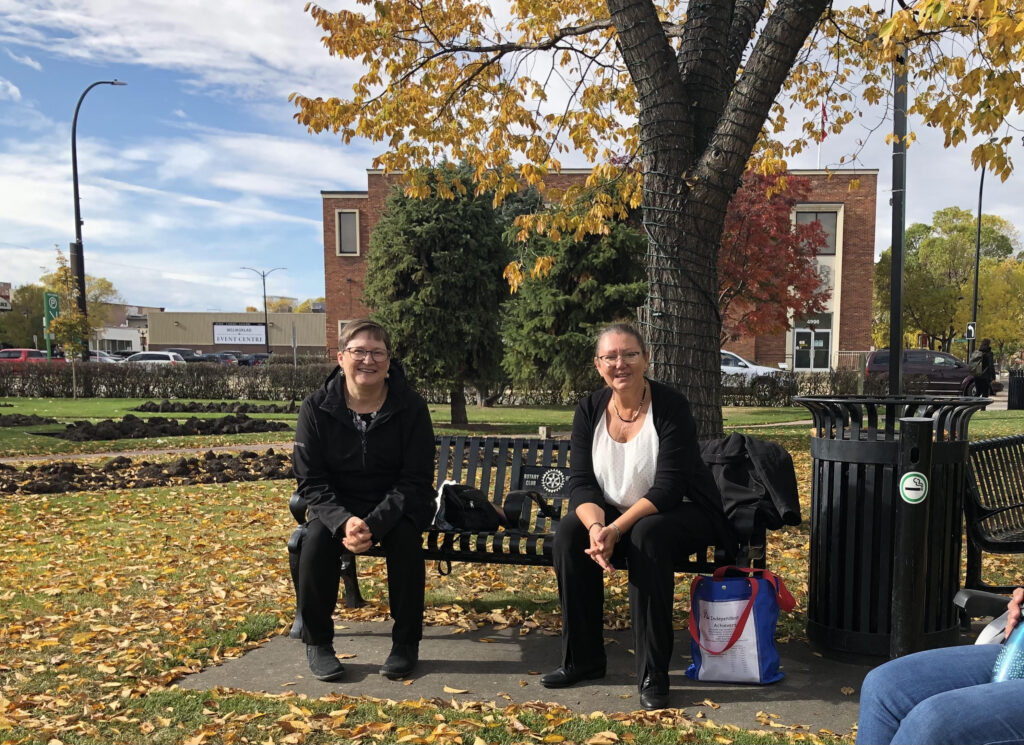 2019 – Randi Boulton was AMAZING! as our entertainer, and It’s All Greek to Me served the BEST food during our Christmas Luncheon!  Click here to see her video from the luncheon on “The Truth About Rudolf”

2018 – January – Veronica Graves Presented on the Fascinating Field of Iridology!  We discovered that Pivotal LLP has a most Incredible Meeting Room!

2017 – December – We Adopted a Family!  Silent Auction and Turkey Dinner  (plus collecting change all year long) Raised $658 so a Single Mom and 4 Children Aged 9,7,5 & 4 could have a Great Christmas!  Thank You All Who Supported This Great Cause!

2017 – May – Jordan Baptie presented on “Being a Super Saleswoman”

2016 – December – Adopt-A-Family!  Once a Year We Organize This Fabulous Event…And Have a LOT of Fun With it!!!  This Year We Raised Enough to Support a Large Family!

2016 – November – Kate Allan presented on “Your Portfolio and Retirement Saving”

2016 – October – Anita Adrain presented on “Feng Shui for Your Office”

2016 – September – Kim Berube presented on “Being Proactive in Tough Times”

2016 – May – Elections and Networking Luncheon…Diane K. Re-elected as Chairperson and Sereita Elected as Newsletter Editor, Events and Social Media Coordinator!

Her notes are posted in the Articles area